Note: In the near future, the „Blog of the Republic“ will also offer some articles and analyses in English for its international readers as a test. Comments are welcome.

In politics, pity is the worst kind of empathy that can be bestowed on a loser. Armin Laschet is being showered with an excess of pity by some, while others are making him the scapegoat for the CDU/CSU’s disaster in the federal election. On election Sunday, he stood in front of the television cameras like a wet blanket. But he was probably so shocked and defiant by his party’s deep slide that he could not yet fully grasp the bitter consequences. Certainly, the gap to the SPD was not overwhelmingly large. But it is just as true in sporting competitions as it is in political elections: Those who – like Olaf Scholz – are able to gain a bit of ground on the last metres of a marathon simply cross the finish line as the winner – even if it is only a few seconds that carry them over the finish line first.

Farewell to the State Chancellery

Armin Laschet has lost a lot. In these post-election days, he resembles a man trying to save himself from drowning, clinging to a lifebelt that has run out of air. He will soon give up his post as Prime Minister of North Rhine-Westphalia. He announced this some time ago as a matter of course and full of confidence for the chancellorship, since the polls were at around 30% for the CDU/CSU and just over 15% for the SPD.

There are now many indications that the CDU in NRW will also end up on the opposition benches after the Laschet interregnum in mid-May 2022. The search for a Laschet successor in Düsseldorf is proving to be more than difficult. The transport minister Hendrik Wüst from Münsterland, who is favoured by some of the party’s members, has hardly had any major successes: There are new traffic jam records on the motorways in NRW every day, regional rail transport has huge deficits, there is a lack of cycle paths in most cities, many bridges are dilapidated, some have been completely closed for years due to lengthy construction work. Better candidates to succeed Laschet would probably be Karl-Josef Laumann, Lutz Lienenkämper or Herbert Reul.

Jamaica is hardly in sight!

Armin Laschet is still playing poker in Berlin and hoping for a Jamaica alliance. But his cards are so bad that he can only lose in this game. For all the sympathy he enjoys with Christian Lindner and his Liberals, he will not be able to lure the Greens into the coalition boat. Rather, Baerbock and Habeck, as well as Lindner with the Laschet offer, are putting pressure on Olaf Scholz and his comrades to push through Green and Liberal pet projects. So it is a very thin thread that Armin Laschet is holding on to these days. Meanwhile, Markus Söder pleads for accepting the Union’s deep fall as a defeat and congratulating Olaf Scholz on his success. Laschet can hardly survive politically with so much backbiting from Bavaria.

The CDU/CSU parliamentary group has just elected its current leader Brinkhaus only for the period until April 2022. If Armin Laschet had now thrown his hat into the ring for this position, the MPs in his parliamentary group would probably not have put him on the shield. Other candidates would also have tried to succeed the well-behaved Brinkhaus: from Friedrich Merz to Norbert Röttgen and Jens Spahn, they are already sitting in a lurking position. Next April will hardly be any different. In 1976, when Helmut Kohl achieved over 46% in the Bundestag election and was just a few hundred thousand votes short of an absolute majority at the time, Helmut Schmidt was nevertheless able to remain in the chancellorship with a much worse result. Helmut Kohl, however, became parliamentary party leader with a clear majority, because most MPs had won their mandates and many new ones had been added – thanks to Kohl’s commitment. Now 50 CDU politicians have fallen by the wayside with their leader Laschet; for some, this has bitter existential consequences.

After this election defeat, there is a lot of rumbling in the CDU. After the flop with Annegret Kramp-Karrenbauer, who was elected the new party chair with Angela Merkel’s blessing, narrowly beating Friedrich Merz, Armin Laschet had come to head the CDU. Friedrich Merz ended up in second place again, Norbert Röttgen came in third. The CDU is now facing a shambles. It seems to the voters in the country to be without profile, paralysed and without any fascination. Further bankruptcies are imminent in the states and municipalities. There is a lack of enthusiasm among the younger generation. And even among the older generation, the once so strong trust in the CDU is crumbling. All in all, about 1.3 million voters „migrated“ from the CDU to the SPD in this federal election. As a result, there are already calls from within his party for a genuine new beginning without Armin Laschet. His previous supporters – such as Volker Bouffier and Wolfgang Schäuble – are now keeping a low profile and are unlikely to play a role in stabilising the CDU and, in particular, in shaping its future.

Ghost riders in the Laschet team

The end of Armin Laschet’s tour of duty is within reach. He has admitted to have made mistakes, which contributed to the Union’s downfall. His biggest deficit, however, was that he failed to build imaginative, powerful and enthusiastic teams, either in his Düsseldorf state chancellery or in Berlin’s Konrad Adenauer House. Both Nathaniel Liminski and Paul Ziemiak played at state league level and not at Bundesliga level, let alone Champions League level. Those who – like Ziemiak – rely primarily on the new social media and try to reach the members with more or less irrelevant, uninteresting information via the internet, Instagram or Twitter are far removed from the real world of the people. Tournament victories cannot be won with lame horses in the modernisation decade. Ziemiak was neither a powerful general nor a secretary with spin-doctor qualities.

The smart-ass remarks of CDU politicians who held high offices in the Merkel government now seem almost unbearable. The wisdom of Peter Altmaier and Julia Klöckner after the lost election was embarrassing and terse. Altmaier, who was all too happy to play himself up as an epigone of Ludwig Erhard, but who did not even have the skills of Heinz Erhardt, has indeed managed to minimise the high level of competence that the CDU/CSU had been attested in economic policy for ages. Klöckner, meanwhile, gambled away the trust of farmers who used to stand firmly with the Union.

If these politicians in important portfolios, but also many others in the Union, had translated their wisdom into action before the election itself, the results would certainly have been better. After the election, numerous thin-boarders only provide samples of no value.

End of the people’s parties?

In this respect, it is really good that Angela Merkel has so far not commented on her party’s election debacle. Her contribution to this defeat and decline of the CDU was very great and out of all proportion to the popularity she enjoyed until the end. Whether and when the CDU will recover from this disaster is difficult to predict. The poor result for the CDU/CSU, but not even 26% for the SPD, could herald the end of the people’s parties, which in earlier times achieved well over 40% and were rightly called the great parties of the people. With Olaf Scholz, the SPD has at least opened a new chapter. The CDU will soon have to try to do the same – probably without Armin Laschet as leader, who can, however, as a consolation, sit in a tough opposition seat in the Bundestag as a normal MP. Until that happens, he may dream of Jamaica. The chances of getting to that coalition after all are minimal. 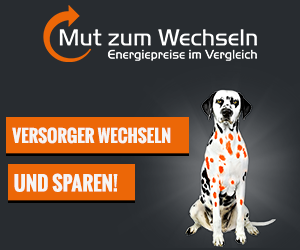